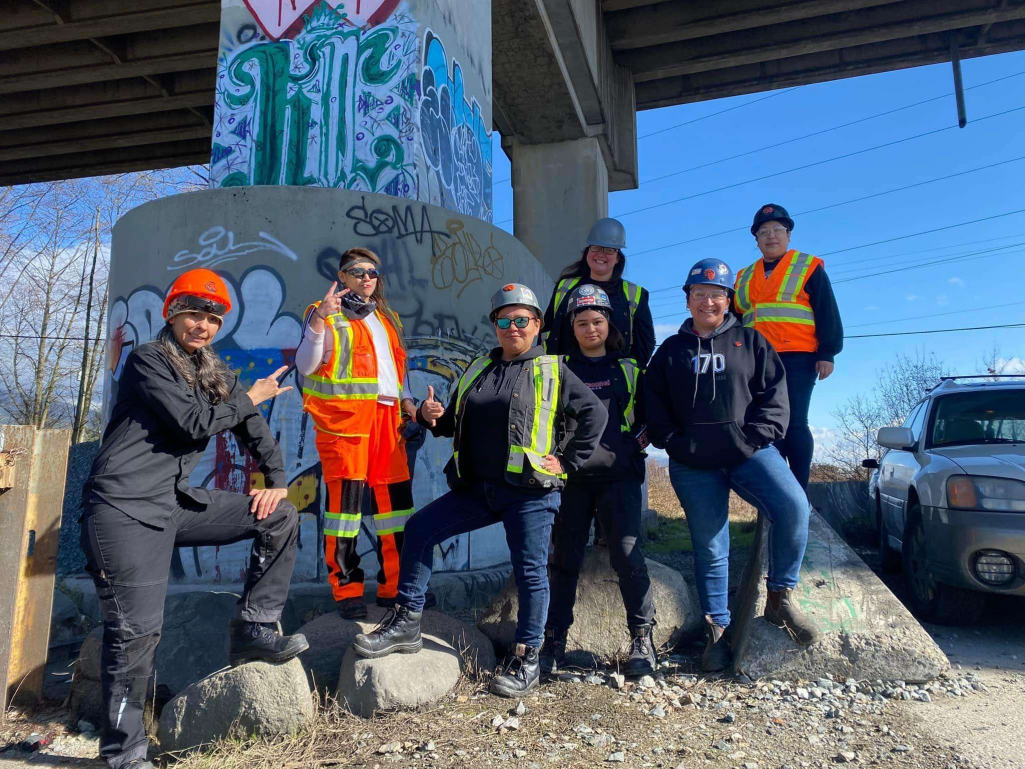 Raven Hillenbrand, a member of the BC Tradeswomen Society Executive Board of Directors recently visited the Squamish Nation Trades Centre to teach a course for women in the trades.

I am honored to have had the opportunity to instruct a piping course at the Squamish Nation Trades Centre to a group of 7 women.

I opened by describing how I first started in the trades and the WITT program (Woman In Trades Training) and then enrolled at UA Piping Industry College of British Columbia in 2009. I shared with them the struggles I faced being a single mother and having barriers that made it difficult for me at that time. Also, how I overcame those struggles with the help and support of the same program that these women are currently participating in.

I watched these women connect with what I was sharing about the trades and watched their smiles and light in their eyes grow as we bonded.

It makes my heart full when we can pass on to others what was given to us.

Manage Cookie Consent
To provide the best experiences, we use technologies like cookies to store and/or access device information. Consenting to these technologies will allow us to process data such as browsing behavior.
Manage options Manage services Manage vendors Read more about these purposes
View preferences
{title} {title} {title}